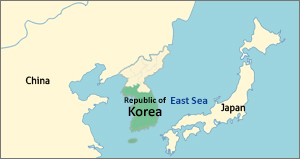 The Korean peninsula stretches southward from the center of the Northeastern coast of Asia, encompassing a land area of approximately 220,000km2 with some 3,400 islands dotting its coastline. Korea is currently the only nation in the world that is still divided into two different political entities. South Korea has a population of 50 million, of which about 10 million live in the capital, Seoul.
Over their 5,000-year history, Koreans have achieved an indigenous culture, and their unique cultural properties can be found throughout the peninsula. Koreans have put a high value on learning and have earned a reputation for diligence and dedication.

Hangeul, the Best Korean Invention of All Time

Hangeul, the Korean alphabet, refers to the series of letters that form syllables with which the Korean language is written. The most unique aspect of Hangeul is that it was intentionally created by the government as a written means of expressing the Korean language. History states that King Sejong, who was the 4th king of the Joseon Dynasty, sponsored and helped in the scientific creation of the alphabet with the help of a team of scholars, making it the most significant invention in Korean history. 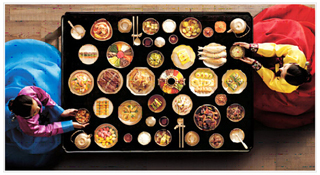 Korean food is referred to in Korean as Hansik. While many other Asian ethnic foods such as Chinese or Japanese food have become popular throughout the world, Korean food has yet to reach its peak. The Korean government is crusading for the globalization of Hansik in cooperation with companies, civic groups and the mass media. As the people of the world gain a better understanding of Korean food, its flavors, and its roots, Korean food will undoubtedly become a global commodity like the food of Korea's neighbors.

Hanbok, the Traditional Costume of the Korean People

Hanbok is the traditional outfit of the Korean people. Koreans nowadays wear this outfit only on festive days or special anniversaries; however, it was worn daily until just 100 years ago. It is a kind of traditional formal dress and most Koreans keep a Hanbok for these special times. Children wear Hanbok on their first birthday and adults wear it for their wedding ceremony and on their 60th birthday.
The Hanbok is also worn for funerals or religious services, and is still used as casual wear in villages or districts where the traditional ways of life are still maintained such as Chunghak-dong on Mount Jiri.

Hanok is the traditional architecture style of Korea. The word Hanok embraces all types of traditional architecture including thatched-roof, shingle-roofed and tile-roofed houses. However, these days, the term Hanok is generally understood to mean only the tile-roofed house. While the thatched-roof houses made of straw or shingle-roofed houses have nearly disappeared, the tiled roof Hanok can still be found throughout the country. There are many tiled roof houses which are being maintained as cultural heritages but many are also still private residences.

Hanji, Korean Paper that Stands the Test of Time

Hanji literally means "the paper of Korea". The main material is the fibrous skin of the mulberry. Hanji is not simply paper - it is used in a variety of ways, and has a different name according to its use. If it is glued on a door it is called a window paper; it is copy paper if it is used for a family registry book, the Buddhist sutra or old books, while it becomes drawing paper if four gracious plants or birds are drawn upon it.

The burning of the heart is implicit in the sound of the voice. This is the first step of being able to understand traditional Korean music. Within traditional Korean music listeners can find the history of the Koreans, a history memorable for its sorrow and pain. Much of the music that has been passed down from previous generations deals with the feeling of separation.
Traditional Korean music is significantly different from that of other places. In Western music, for instance, one note equals one beat. In the meter of Korean music, however, is that one phrase gets one breath. Basically, the unit of times for rhythm is different between Korea and other countries. More interestingly, there is no conductor for Korean music. The individual musicians of a group must play his or her instrument in tune with his own breath and with the breath of his or her colleagues. The breath of Korean musical rhythm unites with movement.

The traditional Korean music is always accompanied by dance and song. For a greater depth of view in Korean music, focus must be given to the breath of the musicians. The Korean expression 'tuning the breath' originates from the concept of rhythm in Korean music.

After experiencing the incredibly high level of technological advancements in Korea, it is not uncommon to feel rather stifled when abroad. The Internet is often much slower and sometimes even inaccessible abroad.

Korea's cellular phone providers cater to more than 45.6 million cellular phone users, the number highest in the world when compared to the population. Coupled with that is the 94.4% household Internet service rate which is the highest among OECD nations.

Most Powerful Leader in the IT Industry

Korea has built its position as a powerhouse in terms of information technology, backed by its vast IT-related production and exports, development of world-leading technology, and also the wide use of the Internet and mobile telecommunication devices within the country. IT industry-related products, including computer chips and mobile phones, account for more than 30 percent of Korea's total exports, and nearly every Korean over the age of 12 owns at least one mobile phone. Almost every other household has broadband Internet. "Life's Good" "Digital Exciting" "Creating new Lifestyles for the World!"

Do they sound familiar to you? These are the catch phrases of Korea's leading electronics makers LG and Samsung, which make products that are sold to millions of customers worldwide each year.

There are more than 1.8 billion Internet users in 50 countries in the world. Korea, as is well known, is something of an Internet speed king, and that's made abundantly clear in the following chart. At an average connection speed of almost 17 Mbit/s it thoroughly outclasses the competition.
Average Internet Connection Speed for the Top 10 Countries 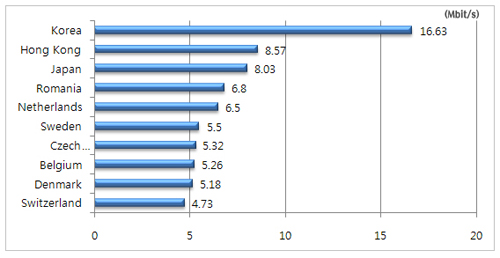 Seoul, the Capital of Korea 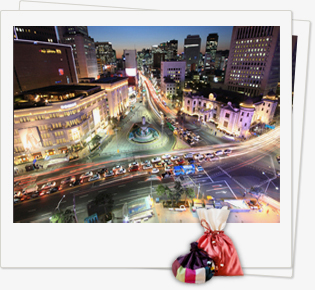 Seoul has been the capital of Korea for about 600 years, since the time of the Joseon Dynasty (1392-1910). Seoul was referred to as "Han Yang" during the Joseon Dynasty, but after the liberation from Japan in 1945, the newly founded Republic of Korea officially changed its capital city's name to Seoul. Seoul has developed into a bustling metropolis, acting as the hub for political, economic, social, and cultural matters. The Han River runs through the heart of the city. The river divides the city in two; the northern part of the city is a focal point for culture and history, while the southern part is well known for its business district.

Seoul has hosted many international events including: 1986 Asian Games, 1988 Olympic Games and 2002 Korea/Japan FIFA World Cup. The success of these events has shown people that Korea is truly an international city. 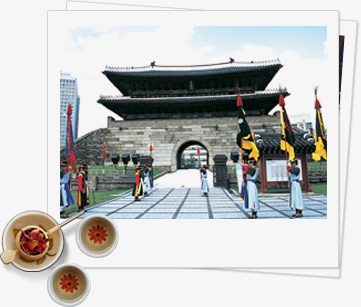 Attractions
The city of Seoul cherishes its heritage and carefully maintains its historical monuments, royal palaces and temples. In addition, Seoul is a city on the move, constantly revitalizing itself, balancing ultra-modern renewal with careful restoration of its ancient buildings and preservation of the environment. The mountains surrounding Seoul are breathtaking and the Han River flowing through the center of the city offers scenic recreational escapes.

Here in Seoul, Changdeokgung & Seoul you will find a harmony of the past and present, history and future, culture, economy and environment. Seoul is a global city that blends the culture of yesterday with the trends of today and the hopes of tomorrow.

Korea and Seoul are unique in the degree to which people enjoy the freedom to walk safely on the streets at all times. The crime rate in Seoul, especially in regard to foreign tourists, is one of the lowest in the world.

Seoul, situated in a temperate zone, has four distinct seasons. Sunny days and clear skies are expected, and light clothing is recommended. The average temperature range in October is between 12 degrees to 15 degrees Celsius. In the evenings, a light jacket would be advisable. A hat and comfortable shoes are recommended for some tours.
http://english.visitkorea.or.kr/enu/AK/AK_EN_1_1_2.jsp

International/domestic calls can be made from your hotel room. Public telephones are also available and located throughout the hotel. Mobile phones can be rented at the airport or at major hotels. To apply for a mobile phone rental service, you will need identification(passport) and a credit card.

The standard voltage in Korea is 220 volts. The outlet has two round holes and is the same type used in France, Germany, Austria, Greece, Turkey, and many other countries. The multi-voltage travel adapter are available at hotel's front desk. You can find it at a duty-free shop, convenience shop at Incheon Int'l Airport, or Yongsan Electronics Shopping Town.

Tipping is not a regular practice in Korea. Service charges are included in your bill for rooms, meals and other services at hotels and upscale restaurants. Koreans occasionally do tip when they are especially pleased with the service they receive.
Value-Added Tax (VAT) is levied on most goods and services at a standard rate of 10% and is included in the retail price. In tourist hotels, this 10% tax applies to rooms, meals and other services and is included in the bill.

Int'l SOS Korea provides 24-hour emergency service for participants, for a fee, acting as a link between the patient and the Korean hospitals. For medical emergencies dial 1339.